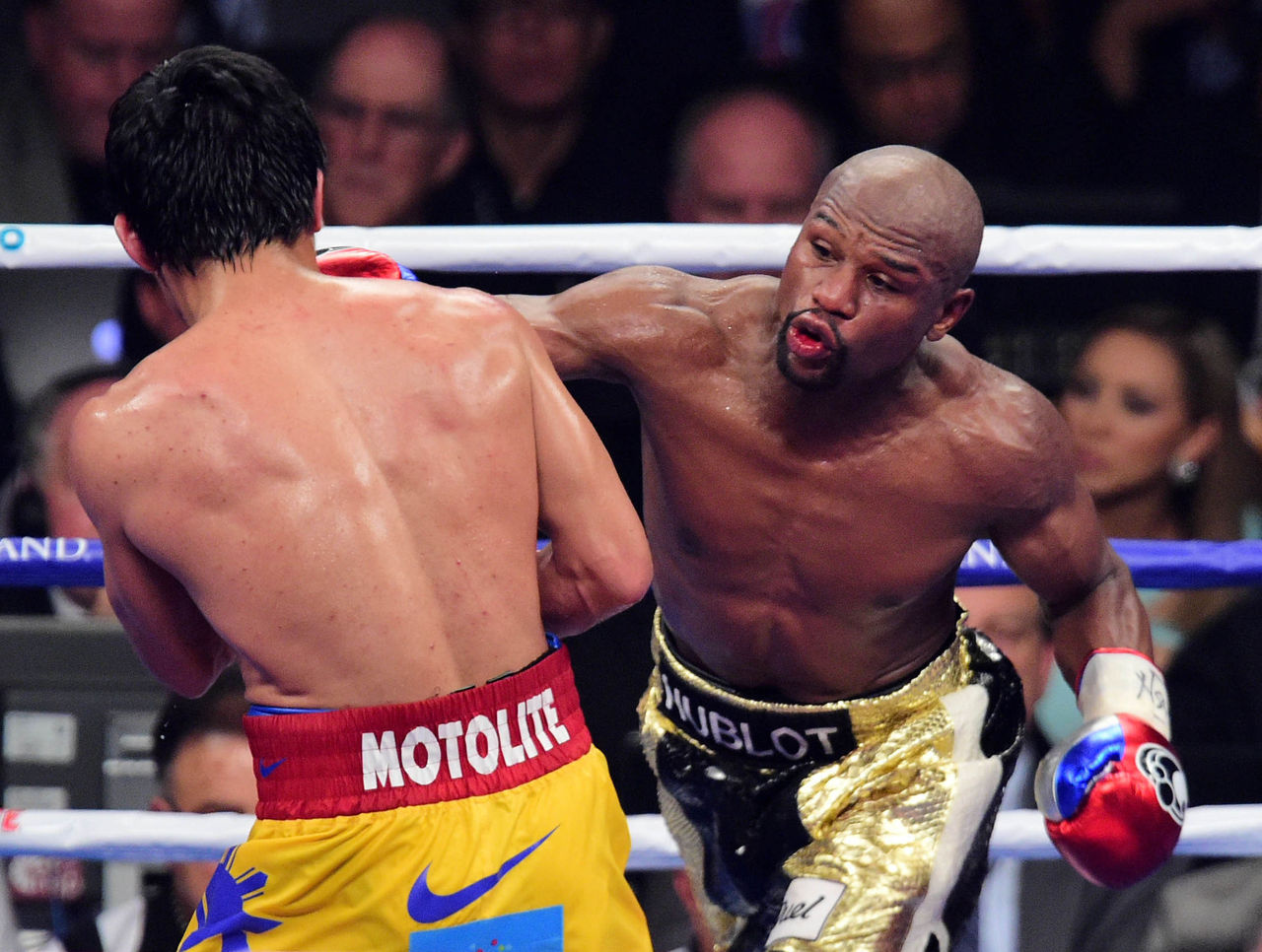 Floyd Mayweather received an intravenous injection banned under World Anti-Doping Agency guidelines the night before his record-breaking fight with Manny Pacquiao in May, according to a report published by SB Nation on Wednesday.
Mayweather was reportedly granted an exemption for the IV from the United States Anti-Doping Agency three weeks after the fight. Although the substances contained in the IV, saline and vitamins, are legal under WADA guidelines, the report said the method of injection by intravenous is banned.
Furthermore, Nevada State Athletic Commission executive director Bob Bennett said only his commission is authorized to give the fighter an exemption, and not USADA, which conducted random drug testing for the Mayweather-Pacquiao fight.
From ESPN’s Dan Rafael :
WADA rules do not allow intravenous infusions or injections of more than 50 milliliters per six hours “except for those legitimately received in the course of hospital admissions, surgical procedures, or clinical investigations.” According to the report, WADA bans such injections and infusions because they can be used to “dilute or mask the presence of another substance.”
According to the SB Nation report, Mayweather’s IV included a 250-milliliter mixture of saline and multivitamins and a 500-milliliter mixture of saline and Vitamin C.
Mayweather’s team reportedly told USADA collection agents, who were at the boxer’s Las Vegas home to conduct an unscheduled drug test, that the undefeated fighter was given the IV for rehydration purposes following the weigh-in.
Bennett told SB Nation the Nevada commission wasn’t informed about the IV until May 21, when USADA notified it and Top Rank, Pacquiao’s promoter, that Mayweather had been granted a retroactive exemption. Mayweather only applied for the exemption on May 19, according to the report.
The commission denied Pacquiao’s request for an injection of the legal painkiller Toradol before fighting Mayweather as he was suffering from a rotator cuff injury, which he had not previously disclosed on a pre-fight medical form.
Mayweather, who has yet to comment on the report, is preparing for what he calls the last fight of his 19-year career Saturday night against Andre Berto.